Just someone who lost any hope 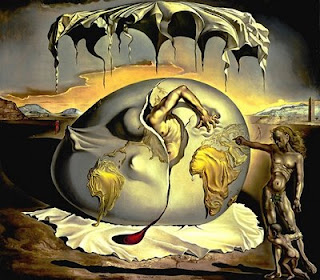 Today in an absolutely brilliant article, Luiz Felipe Pondé, in a text published on the “Ilustrada” section of the newspaper Folha de São Paulo, makes an affirmation that cannot be forgotten by any man or woman with judgment and goodwill! Let’s think:

Hoje num texto absolutamente brilhante, Luiz Felipe Pondé, texto publicado na Ilustrada da FOLHA,  faz uma afirmação que não pode ser esquecida por nenhum homem ou mulher de bom senso e de boa vontade! Vamos pensar:
"I believe that people without some terrible addiction remain in some form of moral infancy. Only those who have lost any hope of being virtuous should talk about morality. People with no vices talking about moral are like virgins teaching sexual education. "
Really, moral infancy is that marked by the incapacity of comprehending the humanity of the other, is that horrible conviction of what is a virtuous being. Now, how can someone virtuous can speak about being moral?
God, in a last analysis made himself man to know what was hunger, cold, anger, heat, tiredness, revolt, turn-ons, since in God nothing faults. Why should there exist as man so virtuous that could talk about morality?
As such I agree that, someone vice less , is like a virgin talking about sex, who does not have the slightest clue of what they are talking about, repeating like a parrot a bunch of uncritical statements, repeated without any reflection, depleted and aged by the certainty that what they say is the utmost truth.
As the philosopher says on the Folha: “Only those who have lost any hope of being virtuous should talk about morality”.
Since I have lost hope a long time ago, but still believe to be nonetheless human, even so I still do not venture into talking about morality, because everyone I have seen talking about it are a bunch of brilliant and spectacular hypocrites, whose motivation is far beyond the dreamt paradigm of Kant, of the universalization of values.
I prefer the sinners because humans, to the pure ones, because, for sure, much closer to hell. As Sartre would say: “Hell are the other ones”!